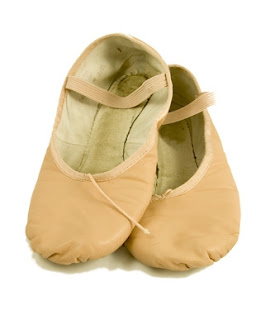 My friends,
As it has been proven in the laboratory,
An empty pair of dance shoes
Will sit on the floor like a wart
Until it is given a reason to move.

Those of us who study inertia
(Those of us covered with wild hair and sleep)
Can state this without fear:
The energy in a pair of shoes at rest
Is about the same as that of a clown

Knocked flat by a sandbag.
This you can tell your friends with certainty:
A clown, flat on his back,
Is a lot like an empty pair of
dancing shoes.

Even if those shoes are in the middle of the Stardust Ballroom
With all the lights on, and hot music shakes the windows
up and down the block.
This is the secret of inertia:
The shoes run on their own sense of the world.
They are in sympathy with the rock the kid skips
over the lake
After it settles to the mud.
Not with the ripples,
But with the rock.

A practical and personal application of inertia
Can be found in the question:
Whose Turn Is It
To Take Out The Garbage?
An empty pair of dance shoes
Is a lot like the answer to this question,
As well as book-length poems
Set in the Midwest.

To sum up:
An empty pair of dance shoes
Is a lot like the sand the 98-pound weakling
brushes from his cheeks
As the bully tows away his girlfriend.
Later,

When he spies the coupon at the back of the comic book,
He is about to act upon a different set of scientific principles.
He is ready to dance.
Posted by Barbara Nies Smith at 5/11/2011

Barbara Nies Smith
I've been studying belly dance in Atlanta, GA since May 2002. In that time, I've become acquainted with many of the amazing people who practice this art form in the Southeast and beyond. My goal with this blog is to provide a central location for events and news about belly dance in metro Atlanta and beyond -- all styles!

When I'm Not Leading, I'm Following...